There is no good time for a sewer backup. But Christmas Day, with family visiting during a record-setting blizzard, is an especially bad time.

With six adults and five children unable to flush a toilet, Brad and Tammi Stangohr called every plumber they could find.

“Everybody said there’s no way we can get out. The weather was too bad,” said Tammi Stangohr, who lives between Sioux Falls and Brandon. 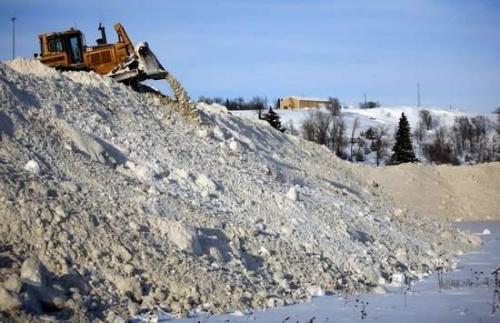 Seeing no other option, they looked up the home phone number for Kevin Nyberg and begged him to open one of his Ace Hardware stores so they could rent a sewer snake and make the repair themselves. A half-hour later, the plumbing tool in hand, Christmas was saved.

“He didn’t hesitate a bit,” Stangohr said. “He was just extremely helpful.”

Nyberg said he was expecting at least one such Christmas phone call.

“That’s what we do. We’re there to help. It doesn’t bother me,” he said. “That’s what built the business.”

With much of the state shut down for three days, South Dakotans had plenty of time to fume about the weather and plenty of opportunities to be good neighbors.

Todd Sixtoes doesn’t know the identity of the man with the John Deere snowblower who cleared his and several other driveways near Kiwanis Avenue and Rice Street on consecutive days, but he’d like that man to know he is appreciated. Sixtoes has been unable to shovel snow since he injured his back at work.

“He just came up here and started going at it. I tried to flag him down, but he kept on going down the street,” Sixtoes said. “I just want to go out there and thank him.”

While working Christmas Day at Flying J Travel Plaza, manager Amanda Taysom watched a trucker buy a shower for a military serviceman who also had been stranded by the snow. She said most of those stuck at the truck stop were in a good mood in spite of the weather.

“We had a lot of cheery folks,” she said. “They kept us entertained, and we kept them entertained.”

The storm dropped 19 inches on Sioux Falls. Another inch of snow is possible today, with no more than flurries likely for the rest of the week, according to the National Weather Service in Sioux Falls.

A snow alert in the downtown area ending at 6 a.m. today probably will be the last such alert for the Christmas storm, Huber said. As of late Tuesday morning, 415 snow removal tickets had been issued in the city and 117 cars towed.

Owners must clear their sidewalks of snow and ice within 48 hours after the end of a snowfall or ice accumulation. The city may remove the snow and bill the owner if it is not removed 72 hours after the event ends.