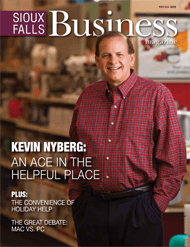 Read About Us in Sioux Falls Business Magazine

Since 1958, locally and family-owned Nyberg’s Ace has been the helpful neighborhood place for convenience, selection, & service in Sioux Falls. The Nyberg locations cover every corner of Sioux Falls: 41st & Minnesota, 12th & Kiwanis, 10th & Sycamore, 41st & Sertoma, and Downtown. Nyberg’s Ace has proven itself for over 55 years by sticking to its core values of offering legendary customer service and convenience at competitive pricing. 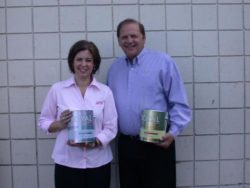 Community values remain a top priority for the Nyberg’s as they are involved in many local charities and events including ‘Que for Kids Celebrity BarbeQUE Cook-Off which raises money for Cure Kids Cancer and Christmas Little Red Stocking icon selling for The Children’s Home Society of South Dakota. Come visit Kevin and their friendly, knowledgeable staff at one of their five Nyberg’s Ace locations!